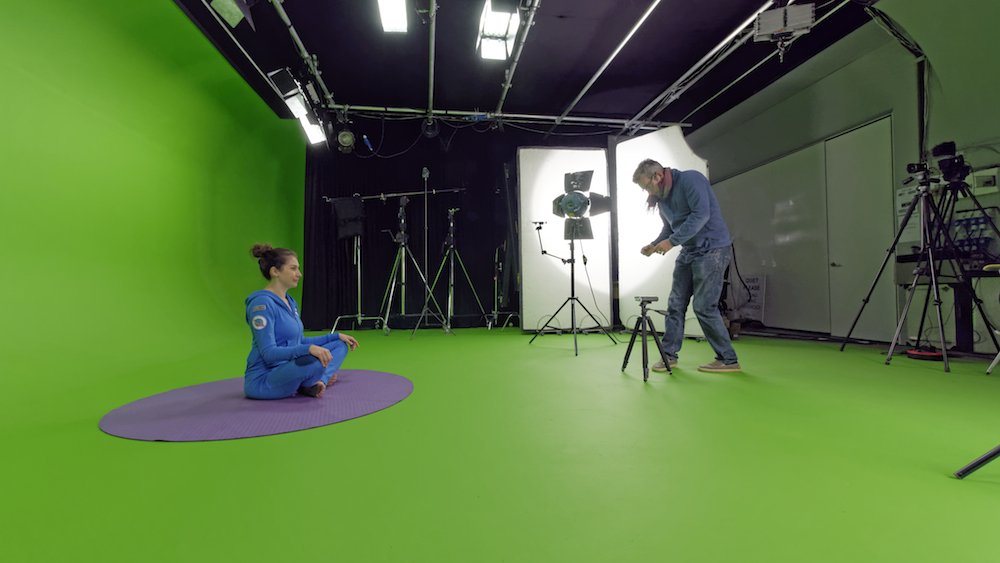 Behind the scenes at Cosmic Kids!

Our yoga adventures are all home-made by a small team. Here’s how we do it…

First, Jaime writes a kids yoga adventure – a story with yoga postures in it. Once she’s rehearsed it a lot and got it working really well, we film her performing it in front of a green screen (often in one take!) 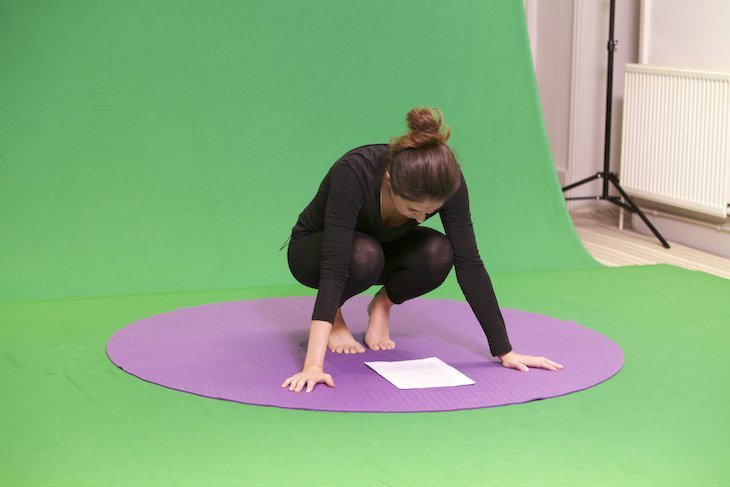 Jaime rehearsing before a shoot

Our genius friend Konrad does the filming, sound and post-production. We used to film Cosmic Kids in the Sports and Social Club in our village (thanks to Jake who got us started!). These days we do it at Meadows Farm Studios in Henley On Thames. We take care to make the lighting right and get the colours looking brilliant. 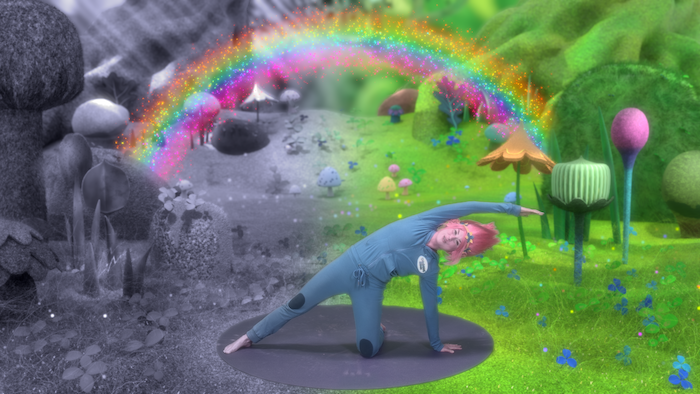 Konrad then takes the footage into post-production (which is really a little garage in Bracknell) where he edits it and creates a 3D animated world for Jaime to be in. He then ‘keys’ Jaime, which means cutting Jaime out of the original footage and making her look like she’s in that new Cosmic Kids world (rather than a studio with green paint all over the walls). Konrad uses Blender for animations, Fusion for compositing, Resolve for colour grading and editing and Audacity for audio mixes.

In Jaime’s classes, the kids always wanted to see the character they were meeting on their yoga adventure that day, so Jaime used to show a picture from the Internet. Nowadays Nick Hilditch draws a character and animates them, which allows us to show the kids the character they are meeting when Jaime looks through the Cosminoculars.

Martin (Jaime’s husband) then writes the music. Martin also produces Cosmic Kids and makes sure all the systems which help people access what we make are working.

Then Konrad outputs it and we put it on the Cosmic Kids App (where you can view all our videos ad-free) and also on YouTube.


Then while kids around the world go on an adventure, Jaime & Martin spend their days planning what to do next with Cosmic Kids and getting on and doing it.

Here’s a timelapse video of us filming an episode back in the day (in the Sports and Social club in our village!):

Ways to get involved

Watch (DO!) our latest yoga adventure

Post a picture of your littles doing Cosmic Kids on Instagram – and put #cosmickidsyoga on it so we can find it!

Find out more about Jaime. 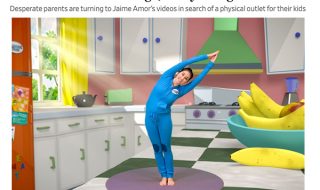 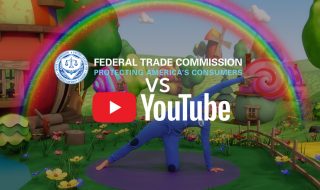 Why we can no longer rely on YouTube, and how you can help. 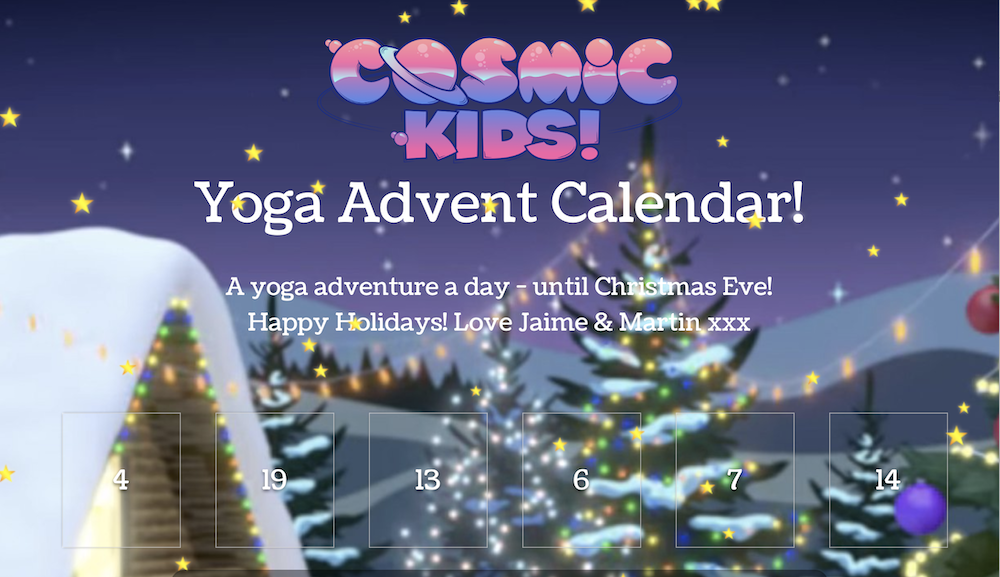